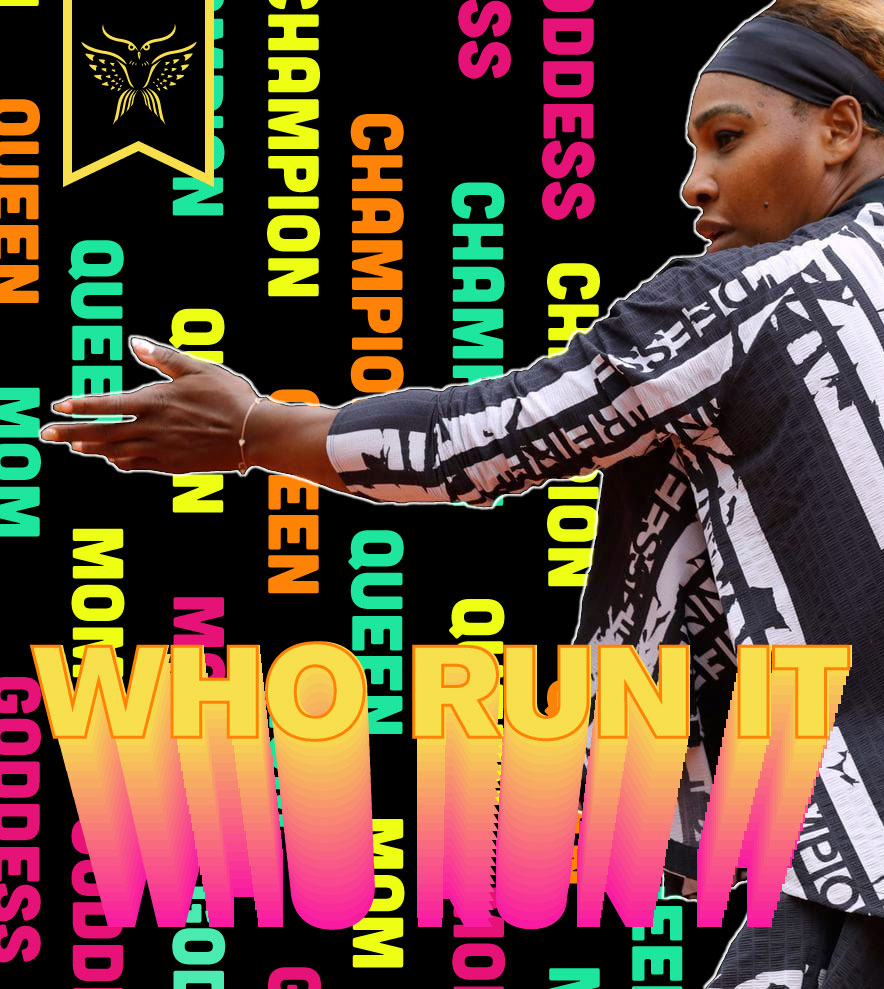 What’s up y’all, J. OWL Farand creator of OWL’s Asylum. You are listening to OWL In Catch Up Mode.

I’m not quite sure how I feel about the wording there. I get the idea of something possibly stirring up controversy. Which is what they’re attempting to do with this. Using “bold” feels like a dog whistle, at best, it works to drum up conversation.

If Serena Williams was any other Woman of some European nation or ethnic origins, I do not believe we would be having this discussion.

She wore a black and white striped outfit. Not even fully striped, it had stripes on it. The stripes had words on them. These French the words would be translated in English to have read “queen”, “champion”, “mom”, and “Goddess.”

A reporter of some sort asked her about the word “déesse”, or “goddess”. This was on there.

This reporter then went on to ask Serena was that a lot to carry. Serena said being Serena Williams is a lot to carry. While I typically think Venus Williams’s younger sister is a bit goofy, I thought she displayed adept wit there.

I have absolutely no problem with Serena Williams referring to herself as a goddess. When I heard it I didn’t even think anything of it. Black Women have been calling themselves “queen” for as long as I can remember. She is a champion.

As stated, this reporter specifically highlighted “déesse”, or “goddess”. It is difficult for me not to blame European Christian, Protestant, and European religion in general. It is alright for “queen” and “champion”, but labels signifying divinity, especially applied to a US Black Woman from Compton, CA, disrupt a belief in a singular male deity.

Obviously, there are issues related to femininity coupled with Serena’s Blackness involved here. Kanye’s “Yeezus”, nor Shawn Carter’s “Hov”,  failed to stir as much controversy as this bit of semantics.

As I have related before, I have my own concerns with Serena’s statements in Rolling Stones magazine about Steubenville rape victim aside, her typographic flexing here should raise no alarms.