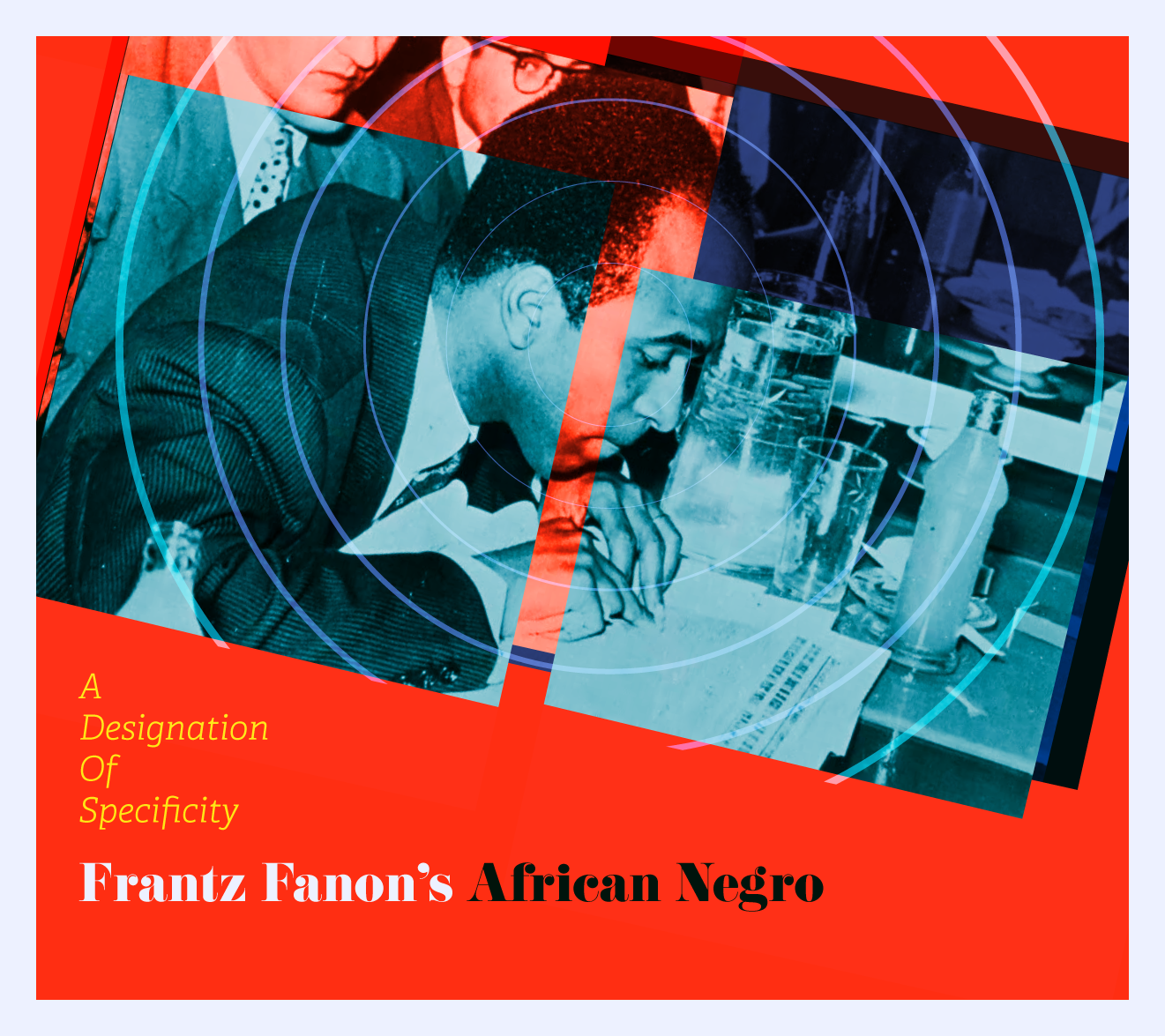 In this essay, we wish to continue what seems to be a growing body of work showing that there is a library of literature — a tradition if you will — outlining a need for a designation of specificity between US Blacks born into slavery or descendants thereof and their Native Afrikan counterparts.

In my contemporary moment, this particular need grows from a set of reform measures. When Daddy Barry Obama became US President, there was a need to highlight his lineage. As more people vying for a US Black vote use(or abuse) reparations for those families and individuals socially and economically crushed by US Slavery as a policy promise, a system of verifying lineage will be required.

While this paper is not about reform or national genesis measures, per se, I do find it necessary to outline particular understandings within that domain. Reform measures are presented by those militant types with “good jobs” as reactionary. As these militant types wipe down their Telsa SUVs on their way to pay off professional class mortgages, they tout revolution as a static force without any local or micro dynamics.

This is a very romantic approach to nation conception. Ernesto “Che” Guevara makes it clear in his analysis of asymmetrical battles for national legitimacy that there will be a need to exhaust all peaceful measures. As stated above, it is our belief here that one major reform measure as it pertains US Black myths about political equality, social acceptance, and economic competitiveness. When a half Kenyan, Afrikan Negro US President was forced by political expediency to sit and have beers at his White House with a Whyte cop from Cambridge, Massachusetts because he rightfully pointed out abuse of power and racism when that pig invaded his Harvard University colleague’s home under auspice of “Black Man, Whyte Neighborhood”, we as a people checked off that from our list.

We are now entering a Federal election cycle where multiple candidates are selling promises of reparations for those descendants of US Slavery because selling prospect of another nonWhyte US President is no longer novel or desirable without policy considerations.

We are here to discuss a body of literature detailing distinctions of specificity vis-à-vis Blacks. I have included philosophical and historical context here to show where this discussion exists on a trajectory of thought and action related to global cessation of advancement of European domination.

In dealing with efforts towards cessation of advancement of European domination, I turn to Algerian soldier, psychiatrist, and poet, Franz Fanon. In his chapter on artistic and intellectual contributions to national genesis in colonial Algeria from “The Wretched of the Earth”, “On National Culture” reaffirms points I have made earlier. To that point, he writes:

As soon as the first demands are set out, colonialism pretends to consider them, recognizing with ostentatious humility that the territory is suffering from serious underdevelopment which necessitates a great economic and social effort. And, in fact, it so happens that certain spectacular measures (centers of work for the unemployed which are opened here and there, for example) delay the crystallization of national consciousness for a few years. But, sooner or later, colonialism sees that it is not within its powers to put into practice a project of economic and social reforms which will satisfy the aspirations of the colonized people.

Once again, I am only providing this particular quote to enhance our understanding of context, philosophically and historically. Not to belabor the point, but there is a practice among people that actually shot guns at their oppressors (as opposed to those who hold militance as a night job) that informs their theory in such a way as to acknowledge a need to allow people time to grow impatient with reform measures. In this light, let us return to our main idea of showing a body of literature outlining a need for designations of specificity among Blacks.

In the same work cited above, Fanon writes:

Negritude therefore finds its first limitation in the phenomena which take account of the formation of the historical character of men. Negro and African-Negro culture broke up into different entities because the men who wished to incarnate these cultures realized that every culture is first and foremost national, and that the problems which kept Richard Wright or Langston Hughes on the alert were fundamentally different from those which might confront Leopold Senghor or Jomo Kenyatta.

Off the top, I would like to highlight just how specific and pointed this language is. “Negro and African-Negro” blatantly position perspectives, even more so than Cudjo’s “colored”. Fanon is not only a combat veteran but also a skilled communications & psychological warfare scholar. He understands the need to center his experiences in his words. Negro, while a generic catchall, is being used to point to US Blacks. We know this because he uses two US Black writers as examples. His generic use of “African” in “African Negro” works more specifically in this case because it is being used to isolate those continental Blacks from those born in the USA. Fanon includes himself in this distinction (although he was born in Martinique), as well as Leopold Senghor and Jomo Kenyatta.

Let us also deal with concerns I have had calling reparations a reform policy. This chapter from Franz Fanon is one of my favorite. I do not disagree with Mr. Franz here. His is not that metaphorical use of “revolution” so pervasive in my own nation and contemporary era. US Blacks still living within US borders asking this US government for social and economic remunerations for debts owed their parents is a reform policy, not a revolutionary one. There is absolutely nothing morally wrong with accepting that posture. As stated above, it is a necessary step toward whatever agenda US Blacks will develop in future generations.

For further context, Fanon is ultimately quoting US Blacks and reframing his understanding in a manner that centers Afrikans. In his own words:

The Negroes who live in the United States and in Central or Latin America in fact experience the need to attach themselves to a cultural matrix. Their problem is not fundamentally different from that of the Africans. The whites of America did not mete out to them any different treatment from that of the whites who ruled over the Africans. We have seen that the whites were used to putting all Negroes in the same bag. During the first congress of the African Cultural Society which was held in Paris in 1956, the American Negroes of their own accord considered their problems from the same standpoint as those of their African brothers. Cultured Africans, speaking of African civilizations, decreed that there should be a reasonable status within the state for those who had formerly been slaves. But little by little the American Negroes realized that the essential problems confronting them were not the same as those that confronted the African Negroes. The Negroes of Chicago only resemble the Nigerians or the Tanganyikans in so far as they were all defined in relation to the whites. But once the first comparisons had been made and subjective feelings were assuaged, the American Negroes realized that the objective problems were fundamentally heterogeneous. The test cases of civil liberty whereby both whites and blacks in America try to drive back racial discrimination have very little in common in their principles and objectives with the heroic fight of the Angolan people against the detestable Portuguese colonialism. Thus, during the second congress of the African Cultural Society the American Negroes decided to create an American society for people of black cultures.

Without me quoting this entire chapter, it should be noted that Mr. Franz uses this term “African-Negro” throughout this work after introducing it. His understanding of a unified, or Pan-Afrikan ideal — one he was willing to shed blood for, (not just complain about on text-based digital public forums) — is one that embraces a designation of specificity for each group of Blacks. Of course, these particular passages are directly discussing US Blacks and Continental Afrikan relations, but he also provides insights about relations between various Afrikan national cultures.

Let me make sure to hammer this in. Mr. Franz Fanon is presenting what many would consider reasoning for a distinction of specificity as it relates to both US Blacks and Afrikans as well as between all Afrikan nations. Alright, let us wrap this up.

We have shown that Mr. Franz Fanon compares US Blacks — or he reiterates a line of thought developed historically from US Blacks involved in first congress of the African Cultural Society in Paris in 1956 — to Africans ( as he states, “African-Negroes”) with specific national identities. US Blacks in his thinking have their own national interests in similar vein that those of Algeria or Nigeria might.