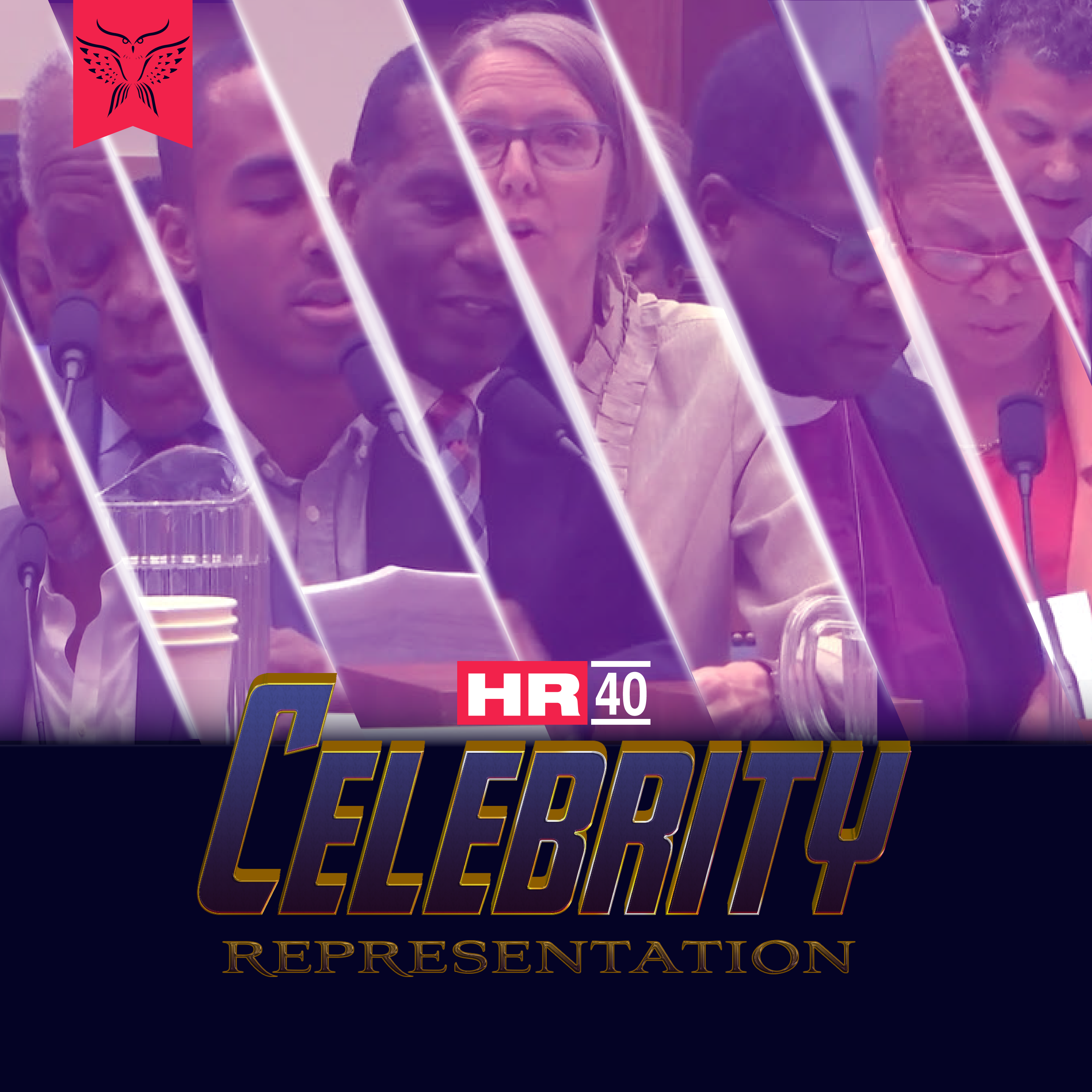 I do not think that our entertainers and celebrated figures can represent US Blacks properly in a space of activism, social political grievance, nor policy consideration.

So much of policy making in these United States of America is symbolic heroism. A marketing of moments as ‘historical’, as if elementary school social studies text book manufacturers need more material to update with. Congressional halls tend to be full of sales people quoting noble words of lofty works written by slave owning rapists justifying genocide for land and labor.

Yet, there is never a changing of guards. Only an assembly line of unsung actors adding to that paucity of appreciation for those active participants that sacrifice life and liberty for principles sans principals. While our lives are enriched by those offered on alters of mystery gods, their deeds are never more than bricks used to further cement status quo’s bulwark.

We are given a few faces from our scattered flock. A selected overseer; a chosen trustee. Never a champion of our own making. Always a golden child shaped and forged in their molds. A mold that can only grow in markets controlled by pockets deep enough to charm society’s spectacles.

Charming spectacle is an apropos phrasing and framing for what occurred Wednesday morning, Juneteenth 2019.

Addressing a panel composed of a cast of characters more likely to remind one of USA’s virtues than its vices, House Committee of the Judiciary convened its panel discussion discussing an on-going discussion to further a discussion for a study of reparations discussions.

My thoughts on reparations for USA’s involment and persistence of hierachical patterns resulting from US Slavery vary depending on how the wind blows. I have grown to see reparations for US Slavery treated much like integration was treated prior to Brown or even 1964’s Civil Rights Act. Upon seeing this who’s who of writers, actors, athletes and other worldly whisperers, my thoughts slant even further askew.

This Justice League of Whyte Whisperers was regaled so highly that Mr. Cohen, that gentleman from Tennessee, was forced to bellow,”Okay, enough with the pictures!!!”, while Danny Glover and other superfriends sat down. Among these Negro Avengers was also Ta-Nehisi Coates who apparently was selected based on his article written about reparations. Or maybe he was chosen for his article debasing Harriet Tubman’s legend as a slave raider, or maybe his article explaining how he could no longer live among Blacks of Brooklyn after riding that wave of his first book’s success.

No discussion about Black Men in these United States could be had without a Whyte Woman. Fulfilling role of Unavoidable Voice Of Whyte Sanctity was Katrina Browne. Ms. Browne rose to these illustrious ranks having written a book and emmy-nominated film detailing her family’s heritage of being the largest slave-trading family in U.S. history. Irony abounds as yet another liberal Whyte finds a way to get that bag coming and going…

Fulfilling that role of rookie superstar is Colemann Hughes. That young rising star among YouTube’s Intellectual Dark Web was present to either counter Coates’s brand of logic or to simply add a privileged millenial voice to buttress Burgess Owen’s aged respectability politics.

Speaking of Mr. Owens, we here at Asylum are pretty sure his invite to this epoch-making supergroup was due to OJ Simpson attempting to figure out Twitter. Or maybe Jim Brown was still keeping up with the Kardashians.

What is a discussion of US Blacks or US Slavery without a superhero from the Black Clergy. Representing for Whyte Jesus and US Christian values like savior worship and witch hunting was the Right Reverend Eugene Taylor Sutton.

Surprisingly enough they allowed one actual economist and since she was a Black Woman, they had to have a Whyte Man sitting next to her. For historical balance, I am sure.

Either way, this event designed to study if there is a need to propose a restitution for impact of US Slavery, one of history’s if not history’s most draconian social order, was handled with about as much gravity as a Chuckie Cheese b’day bash.

Danny Glover’s career as an actor was raised at least three times by law makers. This particular act became so routine that one representative had to remind his colleagues they were not there to solicit autographs to their wives and kids. Even Sheila Jackson Lee seemed smitten and star struck as she defered to Coates for commentary on questions better suited for MIT PhD Economist, Dr. Juliane Malveaux. Dr. Malveaux, who had to remind that committee that it was she who had studied economics, and was not there for kombayahs.

Boo, Hiss, But No Autographs…

Black public figures and luminaries from Hollywood have represented US Blacks in front of Congressional committees before this one. Paul Robeson faced House Un-American Committee as well as Hazel Scott. However, my concern is that in our era of Twitter hashtags as picket signs, and Facebook videos as consciousness raising, we have entered a new arena where celebrities as voices are no longer taken seriously. Coates is not consulted for his opinion, but his poetic presentations plus an association with political office and a presently popular public intellectual. Danny Glover himself felt a need to interrupt the proceedings to reiterate his points, painfully, as if he knew the gravity of this moment might have been slipping from him.

There were several points in this proceeding when people boo’ed and cheered as if this were some sort of sporting event. US Slaves themselves did not all agree on best methods for liberation, or even visions, that is — what liberation should look. Booker T. Washington and Frederick Douglas, both born into US Slavery, had distinct approaches despite their shared heritage. Slavery was its own ideological framework that spawned various approaches to survival and criticism of the United States.

I do not look at Coates any differently than I look at Hughes. They both gained traction publicly by criticizing Black traditions for Whyte institutions. I question reparations as I have questioned integration. Public debate around these issues should not be rendered in a manner where we are chastising those US Blacks who have formed well thought out arguments against reparations as “hating themselves”. There were US Blacks that opposed integration who where murdered in front of their wives and children for their public service to US Blacks. Let us not be ignorant in our symbolic stance of sankofa.