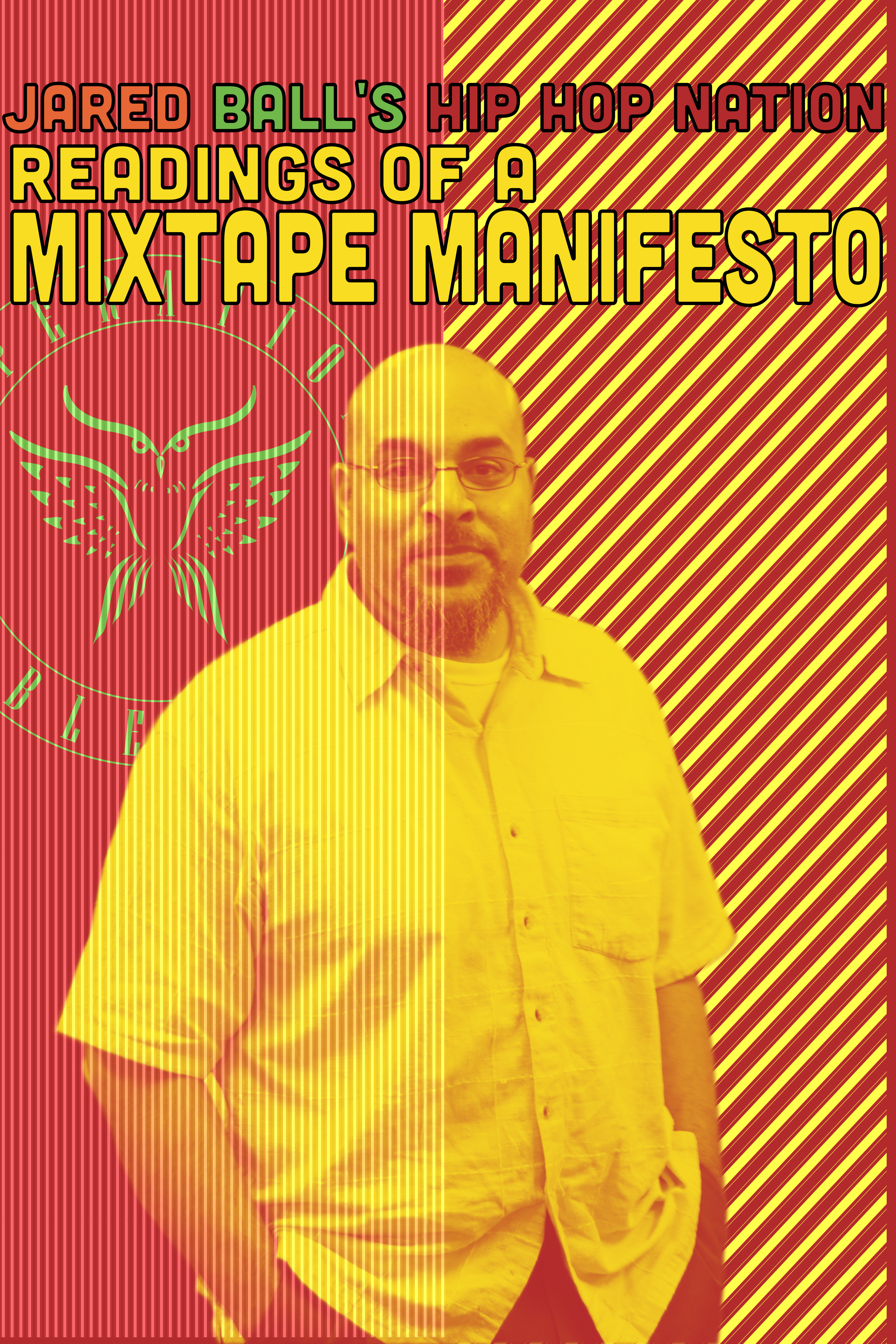 It is difficult for me to enjoy US media. Especially US media that has been highly touted as representing US Blacks. In fact, I enjoy a predominantly Whyte productions more. This could be a factor of 1930s popular psychology frameworks like “self-hate”. I personally sum it up as being tired of watching other Blacks worship representation that never amounts to more than symbols.

In his “Die Nigger Die”, H. Rap Brown discusses “self-hate” from a perspective that is more praxis and less manipulative rhetoric. He makes a statement that US Blacks are “exposed to this country’s strongest institutions every day.” This exposure is not just programming from educational systems as H. Rap Brown addresses, but also from USA’s deeply entrenched media system.

That media entrenchment is not limited to presentations of Whyte USA, but also employs US Blacks and Afrikans of various nations to spread its messaging. This media system does not have to invent new forms of culture, as Jared Ball suggests in his work, “I Mix What I Like: A Mixtape Manifesto”, it only has to usurp and invade less empowered cultures.

In chapter’s one first section entitled,’The Colonized Rhythm Nation,’ Jared Ball sets out to frame Hip Hop culture as a language and collection of artifacts worthy of designating its practitioners as a nation. He is not framing all US Blacks as citizens of this “nation”. Much of his usage of this framing is not to lift Hip Hop itself to a status, per se. His embrace of this framing of nationhood beyond territorial identifiers(land) is more to show Corporate America’s imperialist/colonialist prowess.

This is demonstrated in his own words when he writes:

The United States is often referred to as an “empire,” just as an ever expanding community engaged in various aspects of its elements is often referred to as a “hip-hop nation.” But too rarely are the two concepts appropriately related. That is, if this nation is indeed an empire, it then proceeds from and is itself engaged in imperialism, or “the practice, the theory, and the attitudes of a dominating metropolitan center ruling a distant territory.” Empire is also a “relationship, formal or informal, in which one state controls the effective political sovereignty of another political society,” and this can be arrived at “by force, by political collaboration, by economic, social, or cultural dependence. Imperialism is simply the process or policy of establishing or maintaining an empire.” And as an empire, its relationship to its own citizens and certainly other nations is one of colonialism. Empires create colonies, externally and internally as well. Within the U.S., whether Indigenous, Black, or Latino or the more popular, politically safer, and less racially-specific “hip-hop nation,” all exist more as internal colonies as opposed to free and equal citizens. And therefore, interpreting them as such, while challenging to conventional wisdom, is far more appropriate.

Father of Two, and Communications Scholar(*smiles*), Jared Ball presents a set of answers that also raised a few questions for me. I am one of those late seventies babies that embraced music as a lifestyle. Living in St.Louis, Missouri in 1980s meant you got your hip hop as an imported product. I heard Dana Dane over a dubbed cassette made by downstairs neighbor in our complex hallway when he came back from visiting his family on summer vacation. I sat outside Streetside Records while my older friends purchased cassettes with stickers that prevented me from purchasing directly. When me and a cadre of close childhood comrades came late to an EPMD signing at Vintage Vinyl in U City’s Loop, I ran up to their van and got an autographed poster anyway. Even in our adulthood, going out to concerts showcasing artists from Doug E. Fresh to Rick Rozzay casted lifelong friendship into memory. If there is a Hip Hop Nation, I am one of its indigenous natives.

That particular distinction does come with a set of defenses related to my dislike of much US Black media. Whenever a scathing critique of Black Twitter makes its viral rounds, those of us most associated with that labeling begin to question who is Black Twitter. In that same vein, I often question exactly who makes up this Hip Hop Nation that Jared Ball points to. Ever since I was younger, like pre-teens younger, there has been a going separation of hip hop fans and hip hop artists. That framework rests on a label of either “hip hop” or “rap.” A silly distinction that almost never explicates that most of Hip Hop post-1970s is commercially driven.

This defensive posture is probably mostly a result of Hip Hop’s enjoyment factor. Many will argue that Hip Hop stands as a vehicle for social messaging. This I do not disagree with, however, Hip Hop is party music. Hip Hop is a good time. Like much organic or grassroot artistic expression, it weaves a socially pleasurable technique with an awareness of social climate and texture. It is not Hip Hop’s fault that sex is as pleasurable an act to engage in as it is one to discuss over an 808 bass heavy beat. It is not Hip Hop’s fault that violence attracts our attention like a train wreck. Whatever commerical factors Hip Hop succumbs to, those elements most pointed out to distance one artistic expression from another have always existed in Hip Hop’s more nascent moments.

It is not Hip Hop’s commercial appeal, however, that makes it a target for usurpation. It is Hip Hop as a cultural artifict of a group of people that cannot defend it from outside Corporate interests that makes it an interesting resource. Jared Ball describes this dynamic when he states:

Empires do not deal with equally sovereign nations or citizens. Empires reduce nations (those both exterior and interior to themselves) to satellite client-states, which do not contain equally free sovereign people but at best “citizen-subjects” who, even when born into a “first world” setting, are met by the “intersections of race, culture, sex, gender, class, and social powers [that] are already locating in order to provide a particular space to hold [them].” This allows for appearances of “freedom” where “good citizens” unconsciously “replicate the social order and its hierarchizations, usually without the necessary imposition of directly brutal state force.”

What Jared Ball cleverly, if not brilliantly, maps for us here is that relationship between extremely powerful entities and their only so powerful global neighbors. I do agree with some academics that Black Nationalist embrace of internal colony framing presents a few cavaets. What Jared Ball is doing, however, is presenting concrete and historically objective relationships beyond their abstract labelings. As he argues in this chapter, there are no land based distinctions for Empires, only rulers and resources. Whatever we call Hip Hop purists and fans, it is essential to understand that our cultural artifacts have been used because they are valuable. As an analysis, there are not many working frameworks outside of studies of settler and indigenous native that map well.

Jared Ball continues along this similar trajectory of thought:

[…]regardless of whether we embark upon an analysis of rap music, or the entire “hip-hop nation,” as being “located within a continuum of black cultural movements including the Harlem Renaissance of the 1920s and the Black Arts Movement of the 1960s” or “through an evolution of African American musical production, with the blues, jazz, and R&B as its predecessors” or “mapped diasporically as a point of convergence for African polyrhythms, Brazilian capoeira, and Jamaican sound systems,” what cannot be avoided in any case is that it emerged as part of a pre-existing, and global, imperial process of colonization that had long been in full swing.69 The hip-hop nation is a colonized extension of a predating and continuing colonialism that engulfs its progenitors and governs still the process and necessity of the theft of soul or the grossest forms of distortion of communication.

In “Life, Inc”, Douglas Rushkoff places capitalism along a historical trajectory with Royal commercial charters. These charters were crafted, not for growth of “free markets”, but so that powerful families could control how domestic markets were controlled, and how foreign resources where exploited. In many ways, Jared Ball envelopes elements of Black USA under a term that can explain developments similar to what Rushkoff attempts to point at. It is less about Hip Hop, more about domestic or indigenous resources being exploited and exported for gains garnered by elite powers.