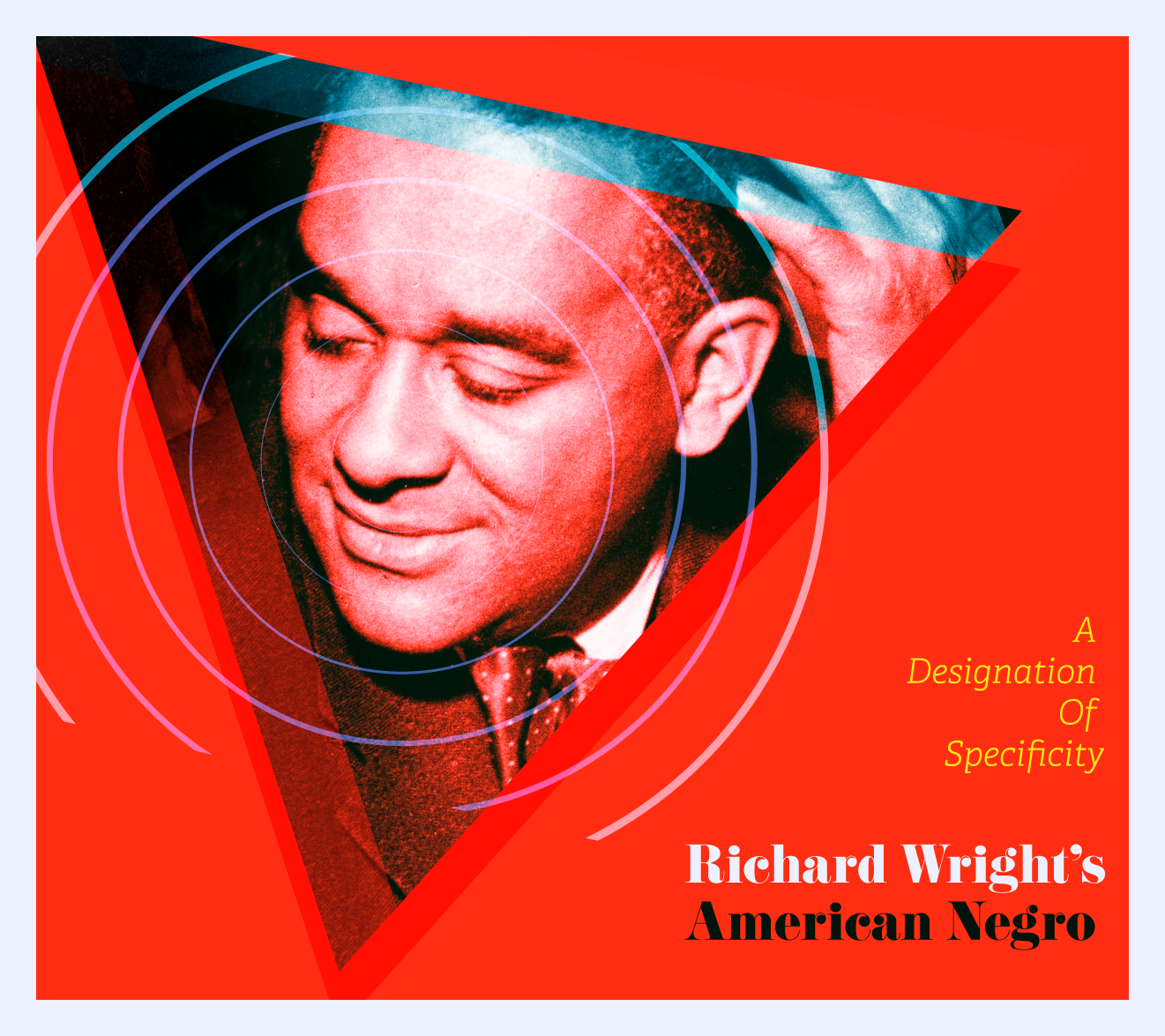 I would like to open by revisiting what we have already established so far in this discussion. Initially, we visited Ms. “Unbought & Unbossed” Shirley Chisholm’s experiences as they related to distinctions between native born US Blacks (or descendants of US Slaves) and their immigrant or first generational Black counterparts. While establishing a clear indication of a need for a designation of specificity written prior to 2018 about incidents that occurred in 1970s, we also showed how fictive kinship obligations at a racial level are exploited by political players.

From there we examined the anthropological work of Ms. Zora Neale Hurston. Her interviews with Cudjo Lewis(née Kossola-O-Lo-Loo-Ay) sparked her own related responses recorded in her autobiography, as well as Mr. Cudjo’s own words detailing relations with those Blacks born in the antebellum South.

After showing both parties in early 20th century invoked sentiments underlying a designation of specificity, we explored Martinique born, Algerian revolutionary, Mr. Frantz Fanon. His thoughts on Afrikan culture and his experiences with US Black attendees at the first congress of the African Cultural Society which was held in Paris in 1956 helped to establish a Pan-Afrikan connection to a historically documented desire for a designation of specificity.

In this essay, we delve into the thoughts of one of the most, if not the most, prominent US Black at that 1956 Congress of African Cultural Society. Richard Wright addresses this conference in a speech documented in Presence Africaine. To maintain focus here, let us immediately address our concerns.

Plainly, our concern here is that some intellectuals have wrongly stated that those sentiments expressed by Yvette Carnell and Antonio Moore regarding a need for a designation of specificity among various segments of Blacks does not have historical trajectory and that there is no body of literature suggesting similar sentiment.

While we venture further into Richard Wright’s work here later, I want to quote his statements that prefaces his actual reading.

In his own words:

At the time I wrote that short statement on Black nationalism, we American Negroes lived our lives in a bitterly hostile racial environment. We had to build our own black churches, our black schools, our black butchershops, our black hospitals, our black newspapers, black graveyards, and culture in general. In short, we had to construct black ghettos in which to live. Had we not built them, we would have perished. Since that time, however, our claims to humanity have found a great deal of implementation in American law backed by police and military action. I hope, and this is all that I can say about this matter at present, that that implementation in law and that police and military action on our behalf will continue. I would like to explain that the Black Nationalism that we, American Negroes, in America, and which we were forced to , was a reluctant nationalism, a proud and defensive one. If these implementations of American law continue, and, as they continue, that nationalism of itself will be liquidated. I hope, even though I wrote lines to justify Black Nationalism in America, that they need not remain valid for decades to come.


Tradition and Industrialization: The Plight of the tragic elite in Africa, Richard Wright, Presence Africaine No. 8/10, 19-22 September 1956

From this above reading, we can see that from the outset of Richard Wright’s presentation, he frames US Blacks (“American Negroes”) differently than other Blacks. While we disagree with his interpretation of police and military involvement, it is necessary to note that he highlights Black nationalism in as a fundamentally specific group project.

With that out of our way, at least partially, I would like to delve deeper into Wright’s work. I am obligated to note a certain irony here that I did not plan. Namely, this is not the first piece I have written that discusses Ms. Zora and Mr. Richard Wright. I did not agree with him completely in that piece either. But moving on!

First of all, my position is a split one. I’m black. I’m a man of the West. These hard facts condition, to some degree, my outlook. I see and understand the but I also see and understand the — or anti-Western point of view. How is this possible? This double vision of mine stems from my being a product of Western civilization and from my racial identity which is organically born of my being a product of that civilization. Being a Negro living in a white Western Christian society, I’ve never been allowed to blend, in a natural and healthy manner, with the culture and civilization of the West. This contradiction of being both Western and a man of color creates a distance, so to speak,  between me and my environment. I’m self-conscious. I admit it. Yet I feel no need to apologize for it. Hence, though Western, I’m inevitably critical of the West. My attitude of criticism and detachment is born of my position. and my environment one, but that oneness has in it, at its very heart, a schism. I regard my position as natural, though others, that is, Western whites, would have to make a most strenuous effort of imagination to grasp it.

Tradition and Industrialization: The Plight of the tragic elite in Africa, Richard Wright, Presence Africaine No. 8/10, 19-22 September 1956

What Richard Wright is addressing here are ideological differences between those he is attending this conference with. Before discussing my usage of “ideology” here, let me take some time to paint this contextual picture. Richard Wright is delivering this message and having it transcribed for an audience that is composed of Alioune Diop, L.S. Senghor, Frantz Fanon, Cheikh Anta Diop, Aimé Césaire, and a host of other note-worthy individuals that defined the Négritude movement. What is salient here is that Wright is highlighting his USA-ness to a group of people whose nativity and nationalities extend the globe from the West Indies to Senegal. Here we see a prominent Black thinker in 1956(over sixty years from the date of this writing) making a pronounced and public distinction of specificity while framing Black Nationalism within the context of a global Pan-Afrikanism or internationalism. Alright, now on to my reading of “ideology”.

I am here using Barbara Fields’s ideology as I have outlined for Black Media Trust. In her own she frames ideology as:


Ideology is best understood as the descriptive vocabulary of day-to-day existence through which people make rough sense of the social reality that they live and create from day to day. It is the language of consciousness that suits the particular way in which people deal with their fellows. It is the interpretation in thought of the social relations through which they constantly create and recreate their collective being, in all the varied forms their collective being may assume: family, clan, tribe, nation, class, party, business enterprise, church, army, club, and so on.
…Ideologies do not need to be plausible, let alone persuasive, to outsiders. They do their job when they help insiders make sense of the things they do and see–ritually, repetitively–on a daily basis.

Why am I providing this definition of ‘ideology’?

I want it to be understood that ideology here exists on a local level. What Richard Wright exposes is an experiential — lived — response to conditions of a particular group of descendents of Afrika. Regardless of my own personal feelings about Wright’s “Native Son”, it could only have been written by a Black descendant of US slaves who migrated to Depression Era Chicago.

To show that Richard Wright himself thought these thoughts, and that this is not only my interpretation stretching your imagination, let us quote further from his own speech. Deeper in his text, Mr. Wright tells a joke that alludes to traditional Afrikan religious practices. Mr. Wright , a former active communist, is an atheist.

(I do find it ironic that I am using the work of someone such a dedicated iconoclast and anti-traditionalist to establish proof of tradition!!!)

As an apology for his lack of piety, he makes this parenthetical statement:

(Now, at this point, I shall begin some self-criticism. I wondered at this conference, when I heard delegate after delegate rise and speak, if we were sufficiently beyond the situation in which we have been hurt to permit my making an ironic statement of that sort. I wrote this paper up in the country, projecting an ideal room filled with secular-minded Africans more or less like myself in outlook. (I am trying to bring my paper into focus with the reality that has emerged from this conference.) I felt that I could easily make a statement like that. Being an American Negro with but few lingering vestiges of my irrational heritage in both America and Africa, I felt that I could be intellectually detached. But I place a question mark, in public, behind that statement.)


Tradition and Industrialization: The Plight of the tragic elite in Africa, Richard Wright, Presence Africaine No. 8/10, 19-22 September 1956

Once again, we have Mr. Richard Wright semantically framing this separation of concerns. Our main purpose here is to prove that there is a body of work suggesting that Blacks have historically sought to identify segments of global Black population by nationality, region, class, and other related forms of group identity. While this is true, I feel obligated to highlight Mr. Richard Wright’s sentiment when using “American Negro”.

Some thinkers have suggested that US Blacks designating themselves as such, especially when discussing reparations for US Slavery, causes division. What Mr. Richard shows here is just the opposite. He is not using “American Negro” to be divisive, in fact, he is using it to show where he and an audience of Blacks who formed the philosophical base of Pan-Africanism for their era are in solidarity. By making a distinction, he assuages potentially offended sensibilities and allows further unity of purpose.