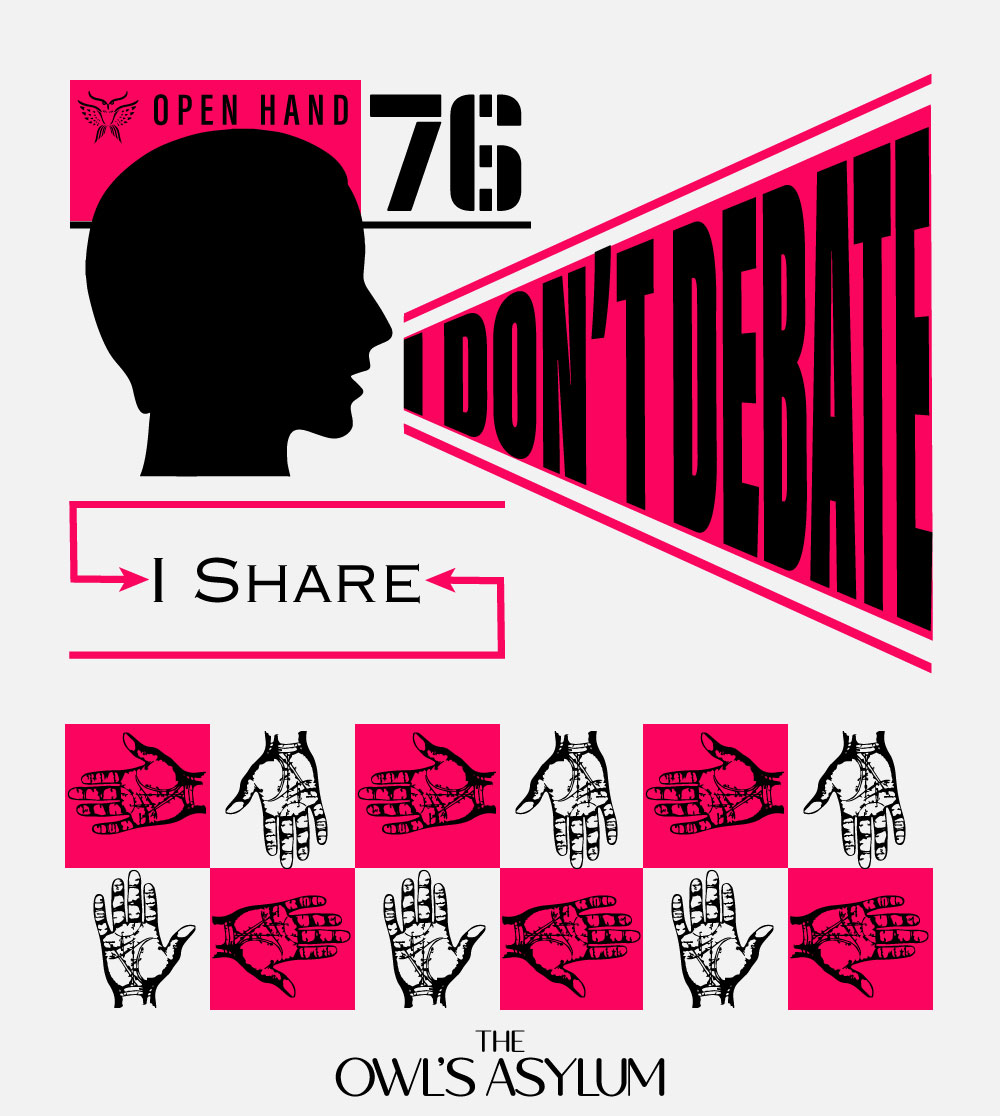 So, my whole “I Don’t Debate, I Share” campaign grows out of my spiritual practice of Open Hand.

In Western cultures, we are taught to separate our business and sexual/romantic experiences from our spiritual and ethical principles. While I do not claim an Eastern philosophy, Asylum does employ Eastern-like interpretations of transcendence and Unity.

From that standpoint, I do not see my spirituality as distinct from my business practices. There is no separation, only Interplay.

Furthermore, for far too long, I have been involved in and an observer of people using this overwhelmingly abusive addiction to debating as a means to establish order by academics and their minions be an excuse for why people lack basic communication skills.

“I Don’t Debate, I Share” Because I have witnessed far too many young people who ought to be more focused on networking, be consumed by verbal nitpicking.

“I Don’t Debate, I Share” Because I have met far too many bright ideas living inside insecure personalities confusing exclusive academic jargon with language that could actually reach those they whine about not listening to them.